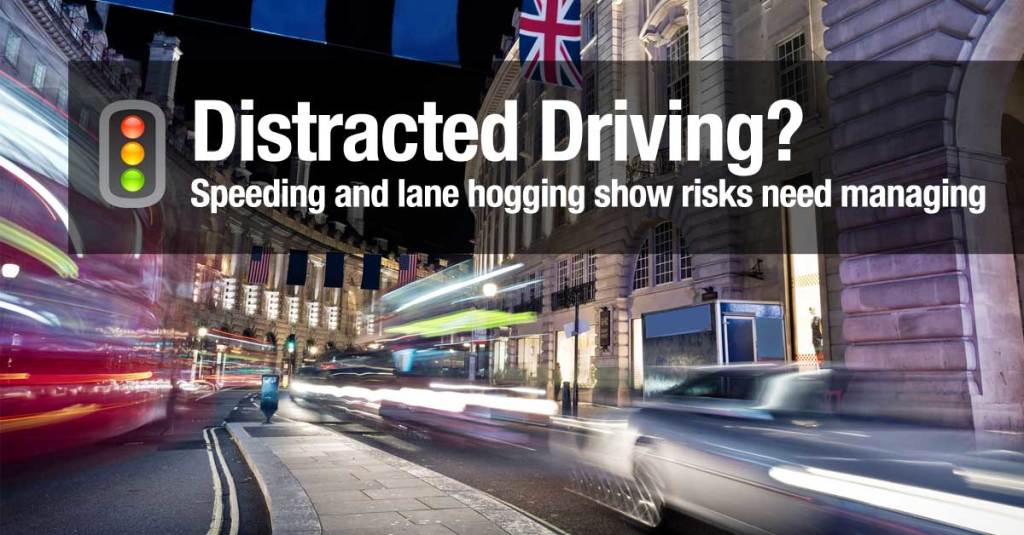 Half of drivers have admitted to driving while being distracted, according to a survey from Hitachi Capital Vehicle Solutions. Women were more likely to be guilty of not paying attention to the road, with 57% of female respondents admitting the offence compared to 43% of men.

The research also revealed that some 40% of respondents say they sometimes stay in the middle lane for longer than they should, with 18% saying the same for the outside lane.

Only 25% agreed this behaviour was acceptable, with 75% of drivers getting annoyed with others who stay in a lane for too long and one in four believing it was acceptable to undertake if a slower car was blocking overtaking lanes.

However, it is perhaps the results relating to speeding which will worry road risk managers the most, with two in every three drivers admitting to speeding.

Quiet roads were not the only influencer, with drivers more likely to speed when they are alone (34%) than with passengers – just 4% in comparison.

More than one in three (35%) also said they speeded on roads they knew well; by contrast, only 4% said they would speed on unfamiliar roads.

Hitachi Capital’s findings were based on a survey of both at-work and private drivers, but recent research from RAC Business, based purely on employees who drive for work, shows how prevalent speeding is amongst fleets.

However, when they were asked if they considered themselves to be a law-abiding driver, 90% said yes.

The research from the RAC’s Report on Motoring 2015 suggests some motorists don’t consider speeding to be a serious driving offence, especially on motorways. In fact, two-thirds of company car drivers (64%) believe the law should be changed, with the speed limit increased to 80mph.

Almost half of company car drivers (46%) said they regularly hit speeds of 80mph on a motorway, with a further 5% admitting to reaching 90mph.

Jenny Powley, corporate business sales director at RAC Business, said: “It’s worth reminding drivers that the risks associated with speeding can far outweigh the time saved. After all, driving at 80mph instead of 70mph will only save you six seconds a mile, or 10 minutes over 100 miles.

“It’s also worth considering the impact of speeding on fuel efficiency.” According to the Department for Transport, driving at 80mph can use 25% more fuel than driving at 70mph, so this can impact on the business’s bottom line.

Almost four in 10 business drivers have been given points on their licences for work-related driving offences, according to research from Masternaut.

Other offences committed by business drivers include driving without reasonable consideration for other road users (15%), driving without due care or attention (14%), traffic light-related offences (14%) and dangerous driving (10%).

The Masternaut research shows that business drivers with points on their licence have, on average, accrued seven points from work-related offences.

You can read the full article on the Fleet News website